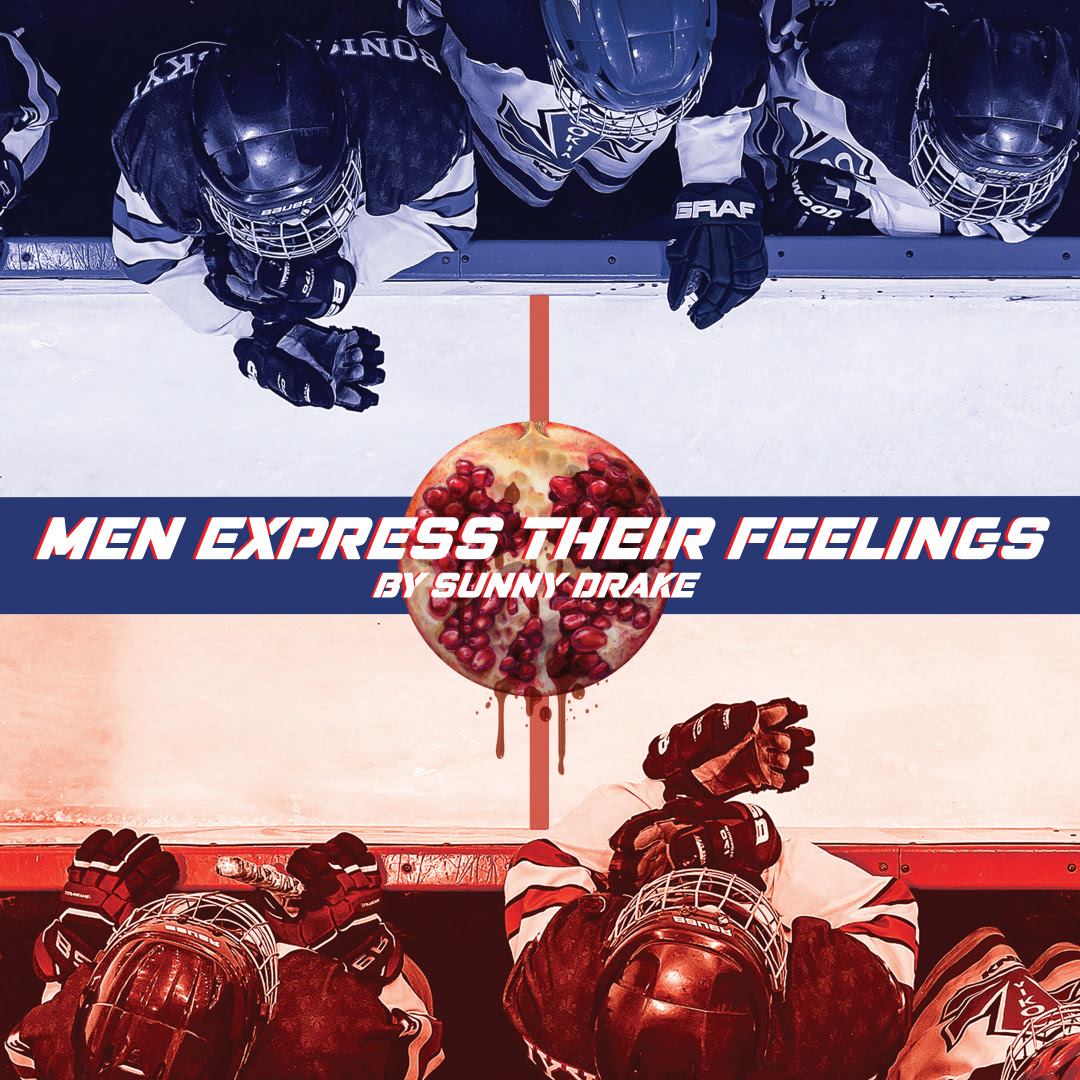 A comedy about hockey, culture and relationships. Two dads and their sons are sequestered to a hockey rink dressing room to sort out a critical situation. Amidst a series of wild misunderstandings and ridiculous antics, these guys get to know each other and themselves a whole lot better, while redefining what it means to WIN. After it's premiere in Calgary as a live play in 2020, MEN EXPRESS THEIR FEELINGS is now becoming a constellation of creative works including a 3 episode audio drama - listen below now! Zee Zee Theatre (Vancouver) is also producing their own production in March 2022. 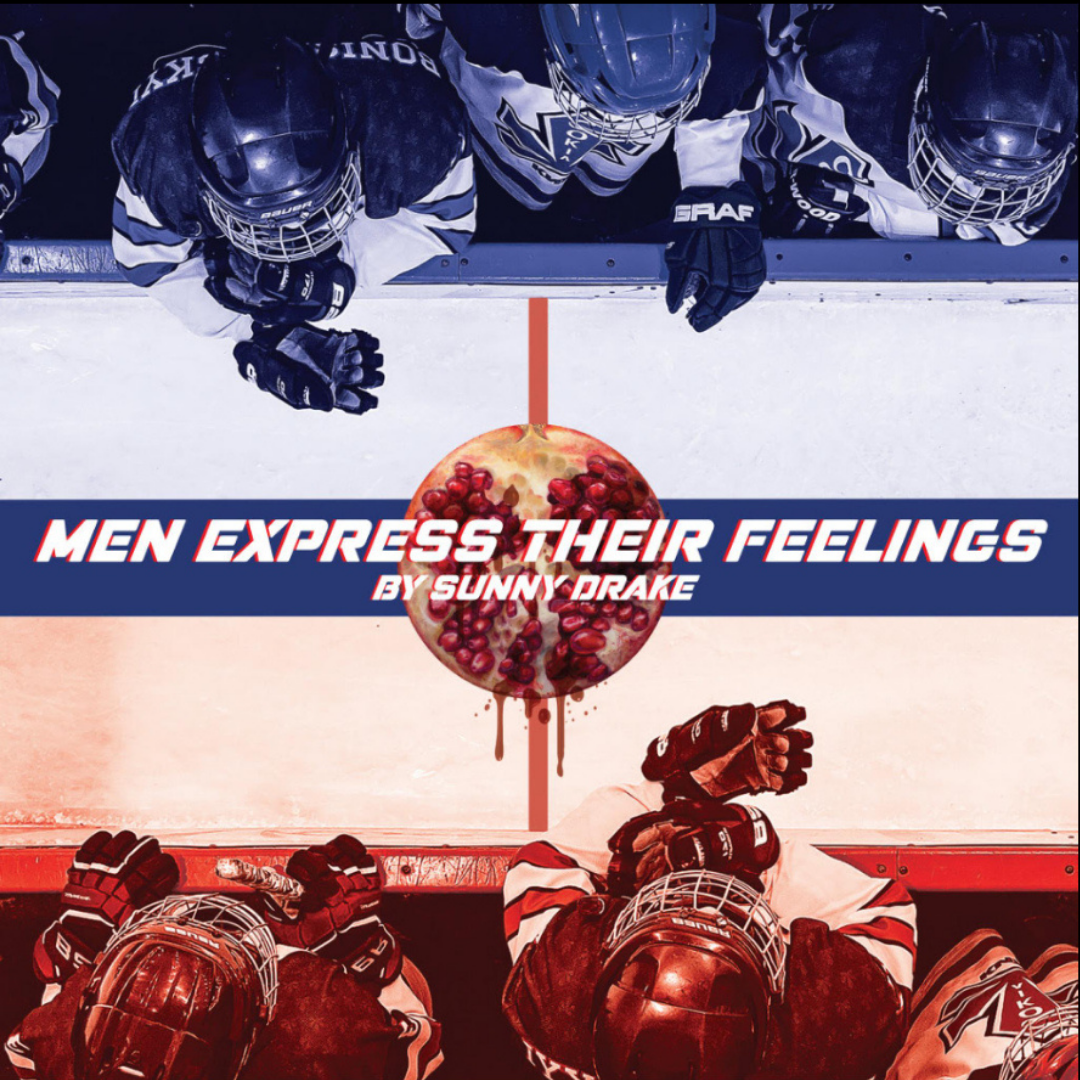 Downstage with the generous support of Hit & Myth Productions

MEN EXPRESS THEIR FEELINGS first premiered in 2020 in Calgary with Downstage Theatre just before the lockdown. We also took it deep into the belly of masculinity at a site-specific version in a locker room at the University of Calgary.

Listen to the 3 episode audio drama adaptation above! Co-produced by Downstage Theatre.

The origin of the work:

"Growing up in Australia, I played and coached field hockey for 10 years, so when I went to my first (ice) hockey game here, I was that clueless guy cheering: "c'mon, get the ball back!" Thankfully, I now know it's called a puck. I only saw snow or ice a few times in my life before moving to Canada 10 years ago–so I'm totally in awe that hockey players get out on a slippery surface with blades on the bottom of their shoes and achieve anything other than NOT DYING.

Hockey can be awesome: the fast pace and energy, comradery, skill and strategy. And hockey culture can also be brutal, crushing and hostile. I have similarly complicated feelings about masculinity and so writing a hockey play felt like the right choice for Men Express Their Feelings.

Writing this play, I got to learn about a lot of things. I couldn’t have done so without the support of a great team, including cultural dramaturgy and other consultants - THANK YOU to the many voices who shaped this work.

I debated whether to acknowledge in this program note that I’m a trans man. And additionally that at this point in my life I’m quite effeminate–I’m probably the guy sitting next to you in a flamboyant shirt. These parts of myself give me particular insights into the themes in this work since I’ve had a wide range of gender experiences in my life. Who gets let in to the locker rooms of masculinity–and the entry costs and member benefits–have been lifetime studies for me. Yet my fear is that in acknowledging that I am trans, some cisgender (non-trans) men might claim I’m “not a real man” to discredit my attempts to playfully re-envision masculinity.

Here’s the irony: this fear is one of the biggest things I have in common with most cisgender men, who are continually pressured to live up to the ideals of masculinity, or risk being “not real men”.

So I take this risk–and the risks of this play–alongside and in support of all of you. More and more men and masculine people are realizing the enormous costs of these narrow ideals of masculinity–so let’s be not-real-men, together. Or better yet, let’s rewrite the playbooks for masculinity and being men. Oh, and let’s have some laughs while we’re doing it."

“Should be produced at every regional theatre in Canada, not just because it juggles so many insights into the notions of masculinity but because it is wildly, unabashedly funny.” 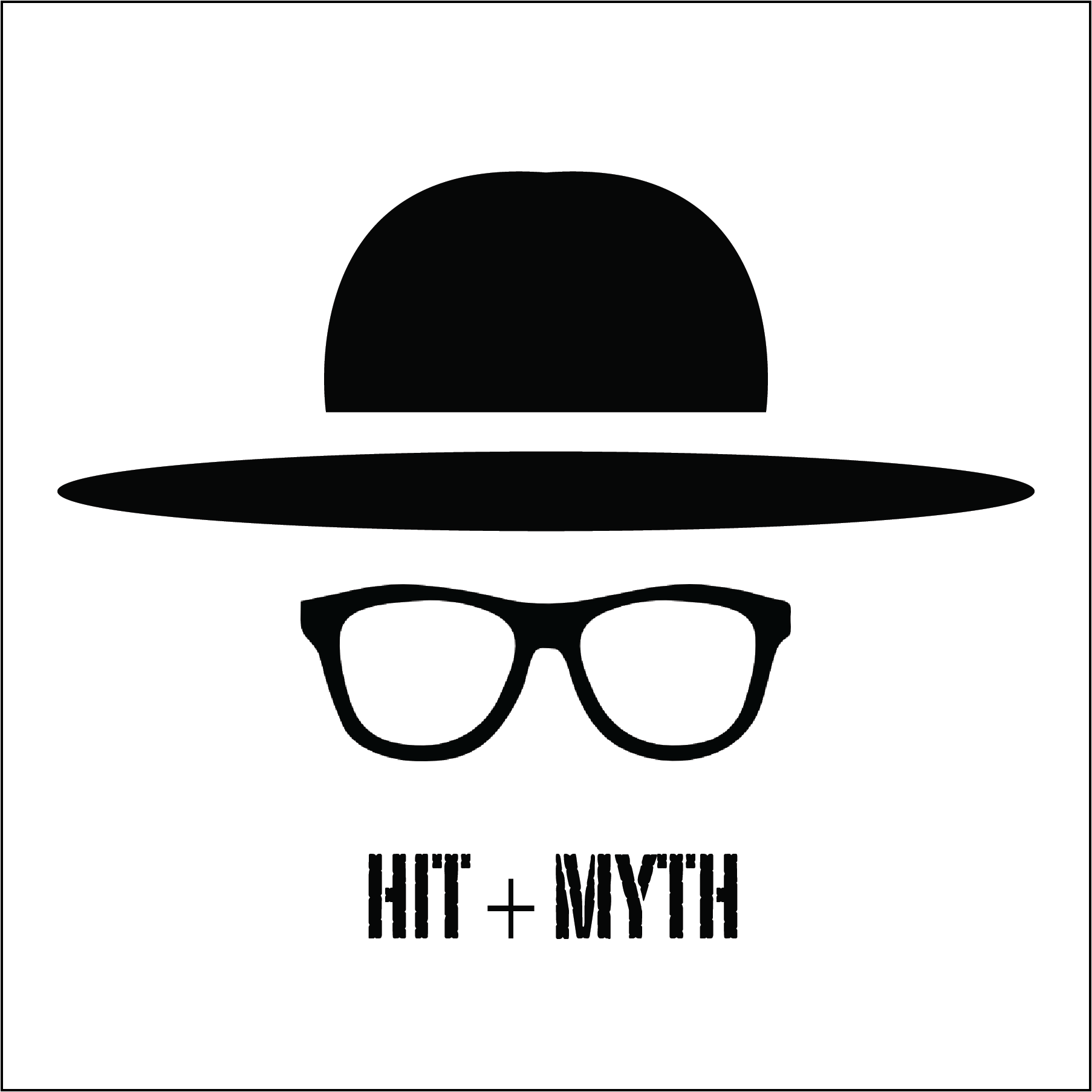 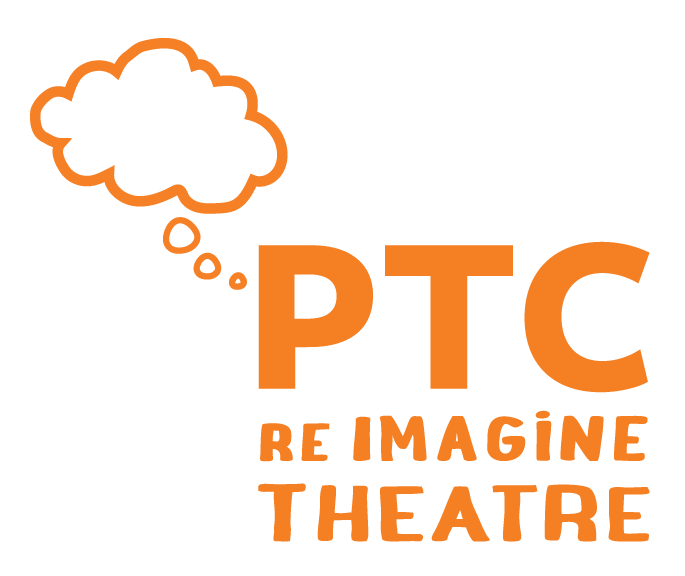 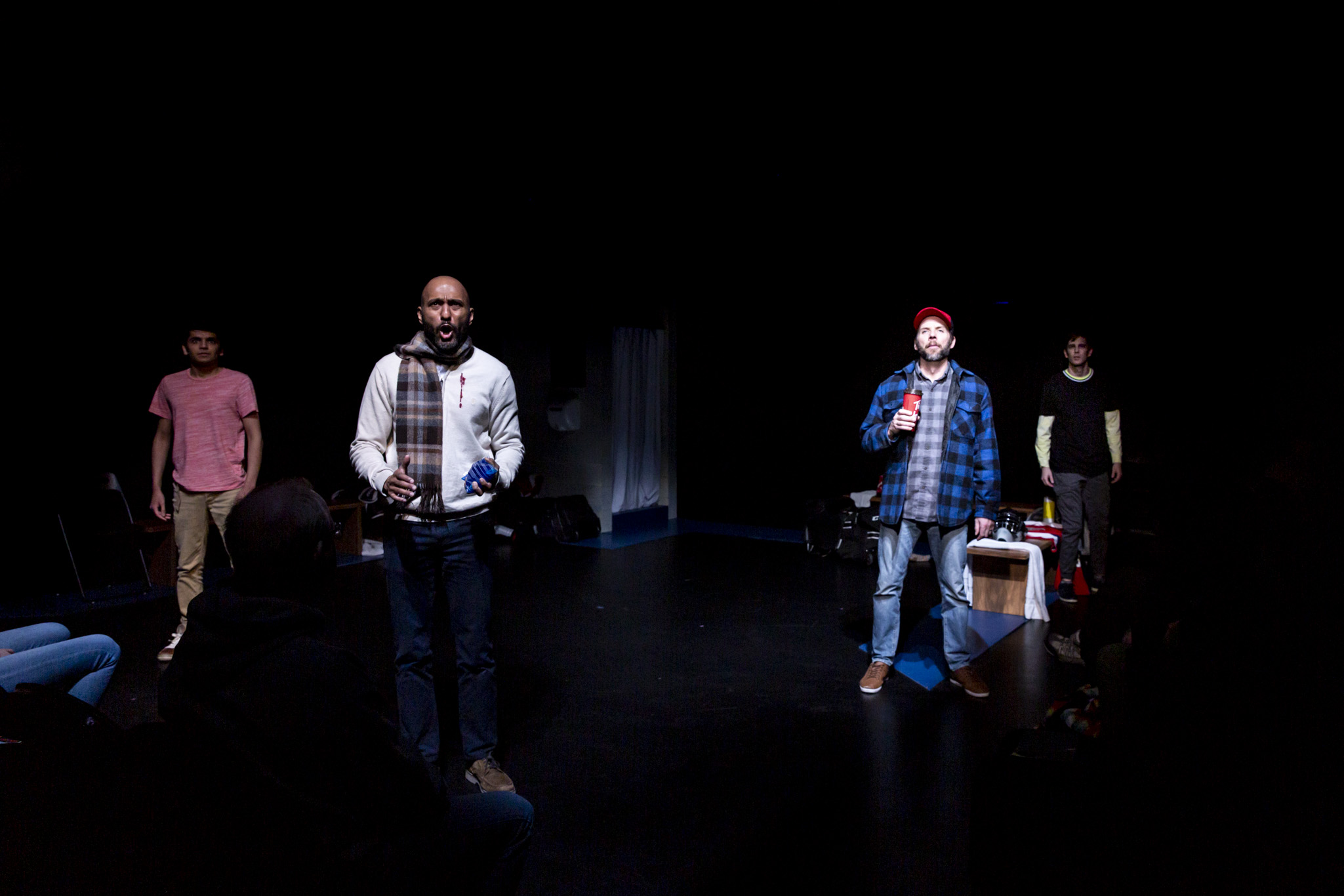 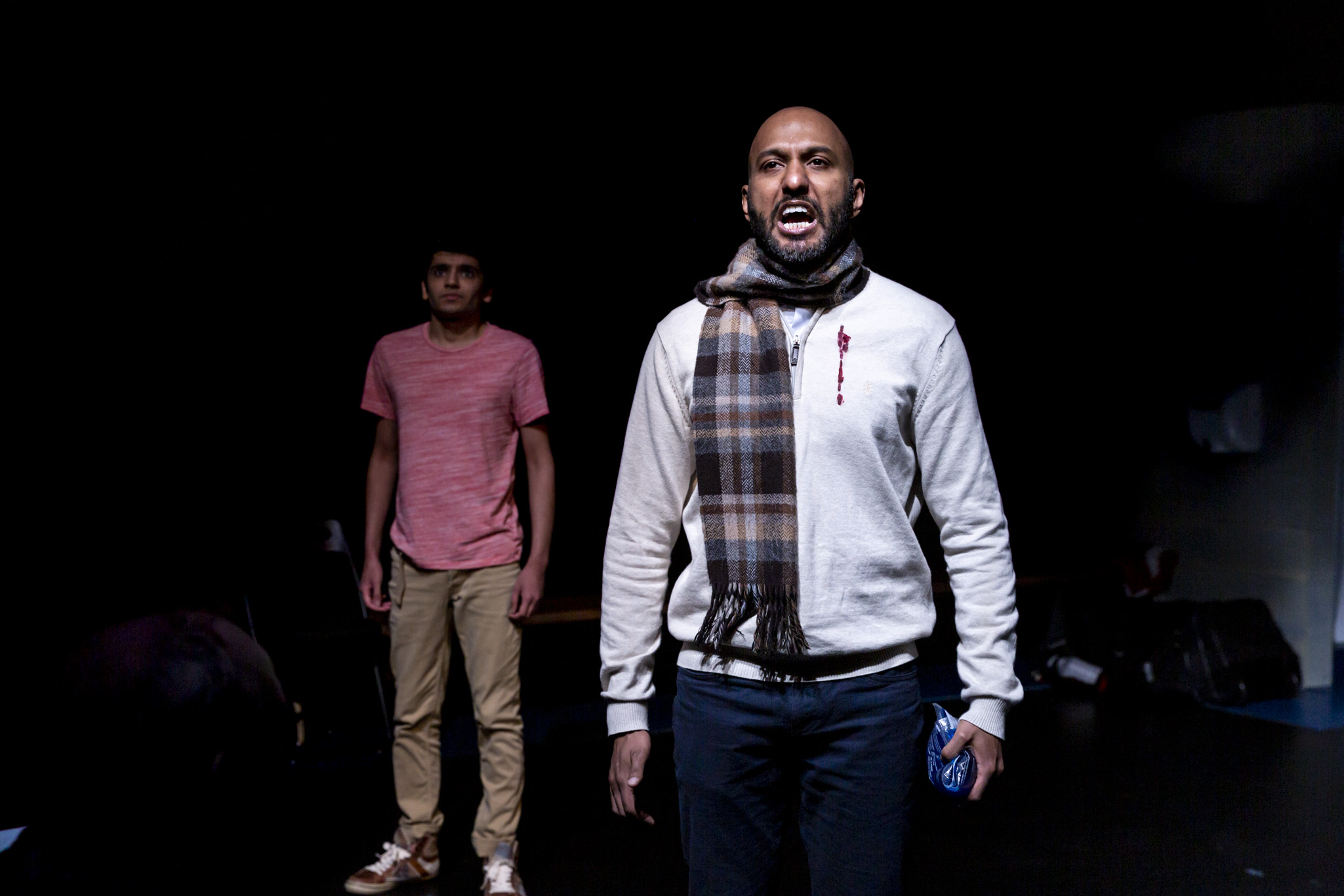 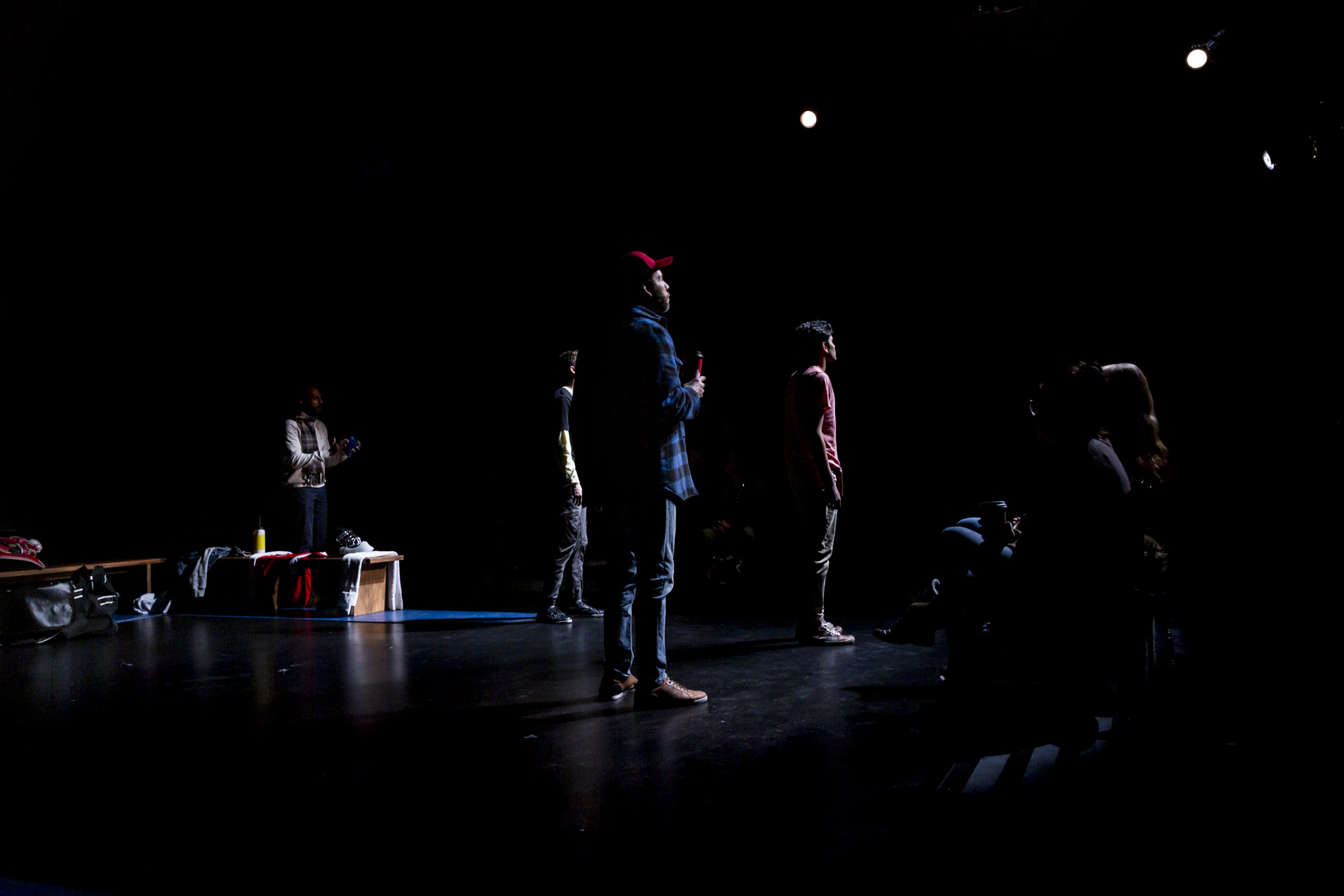 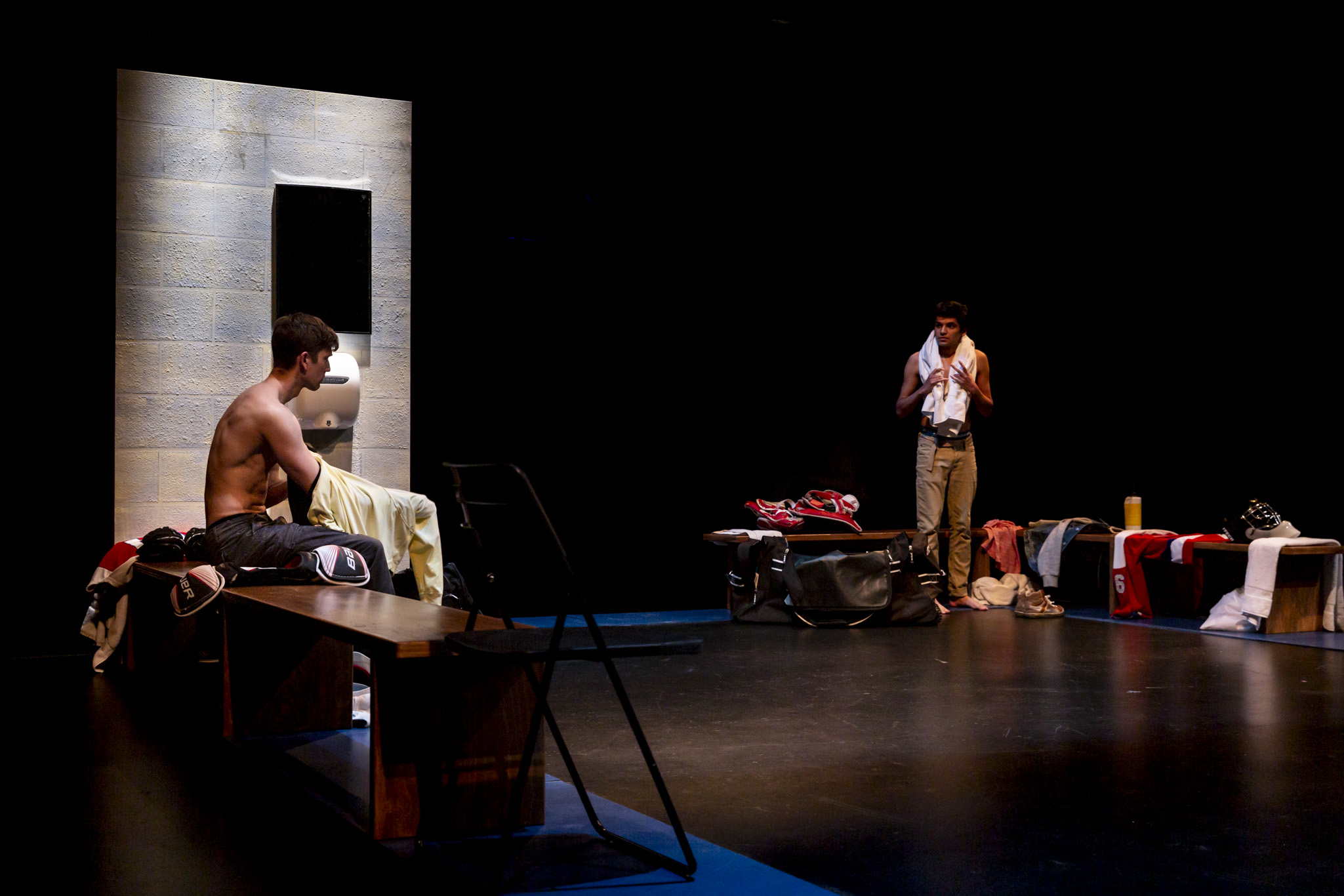 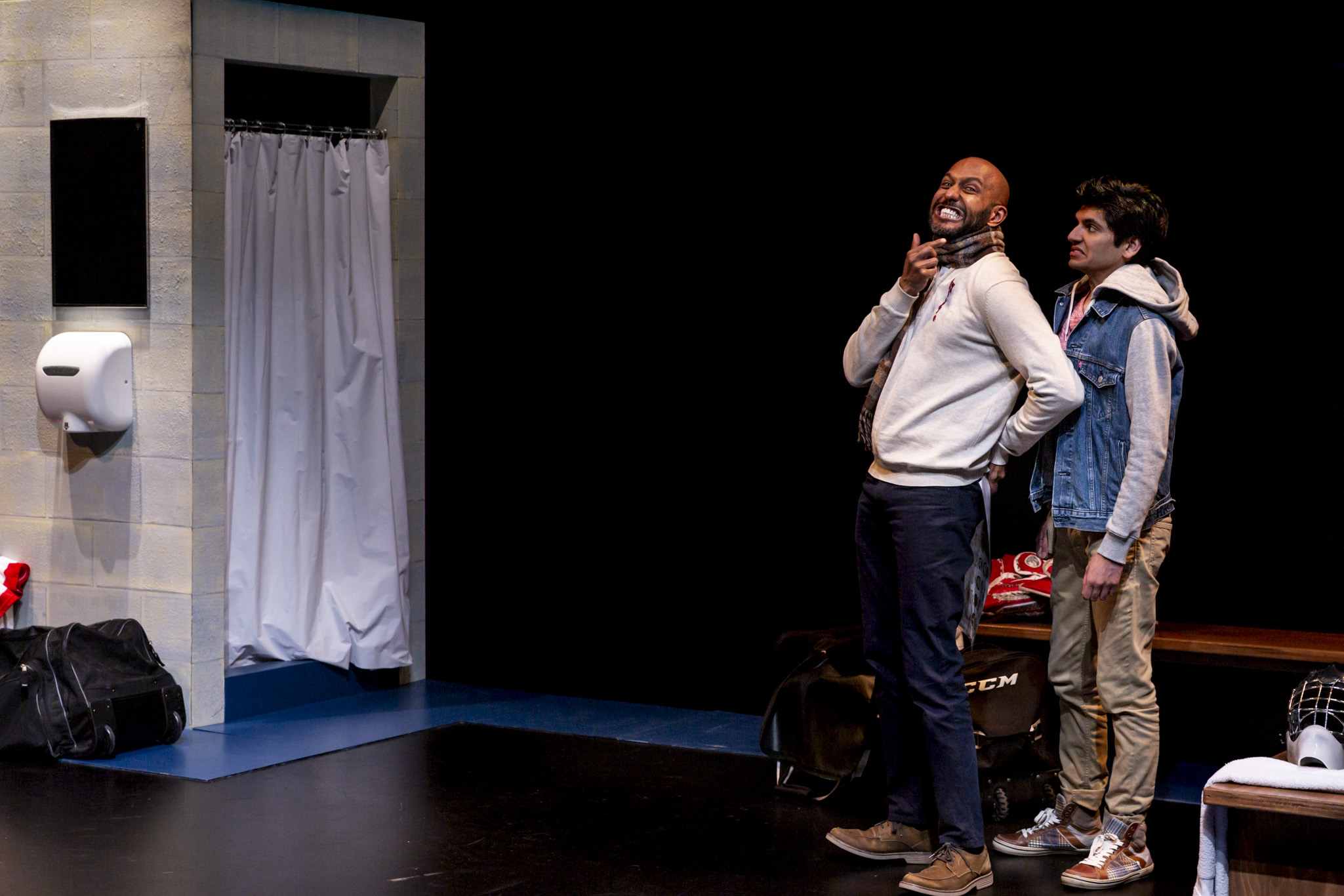 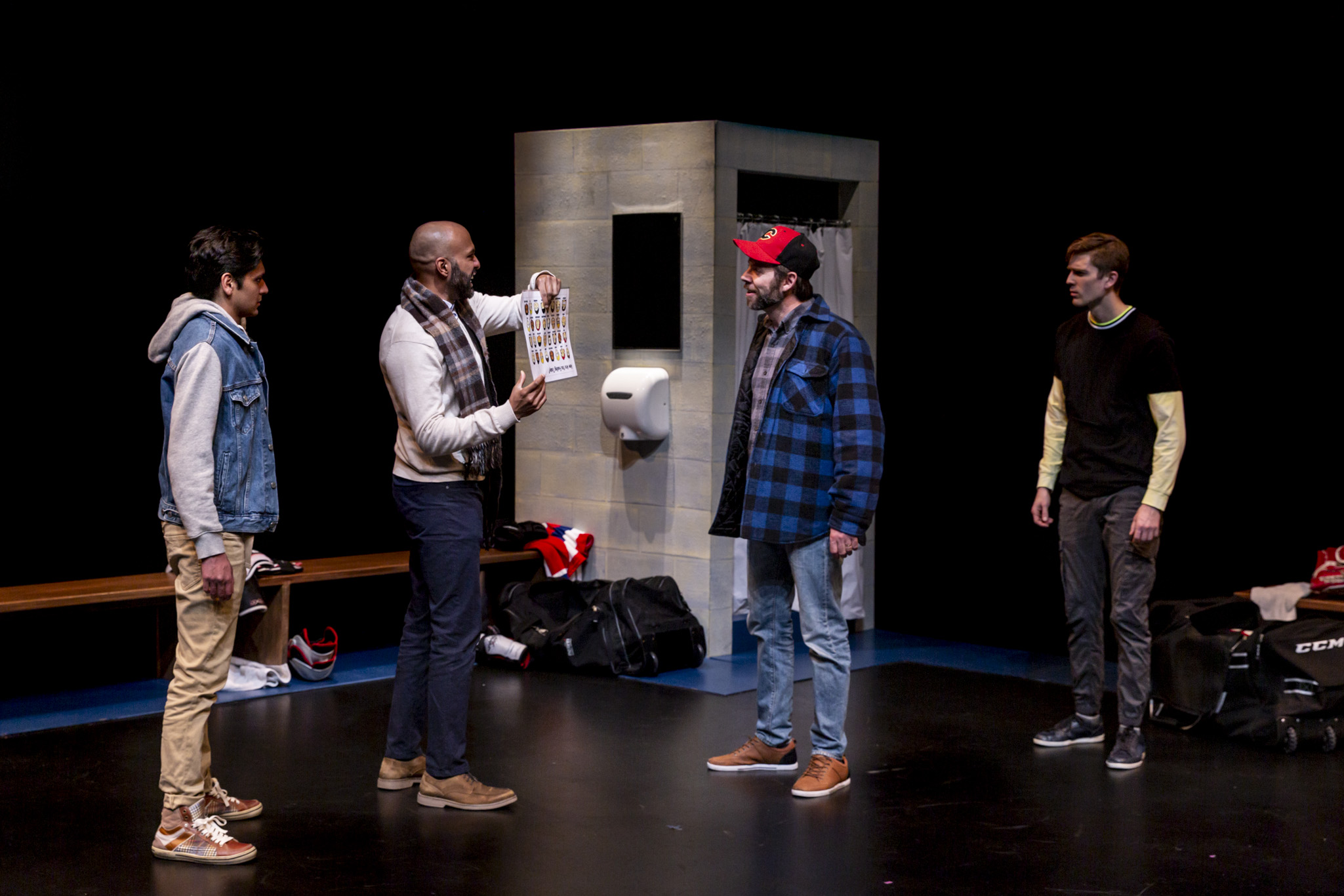 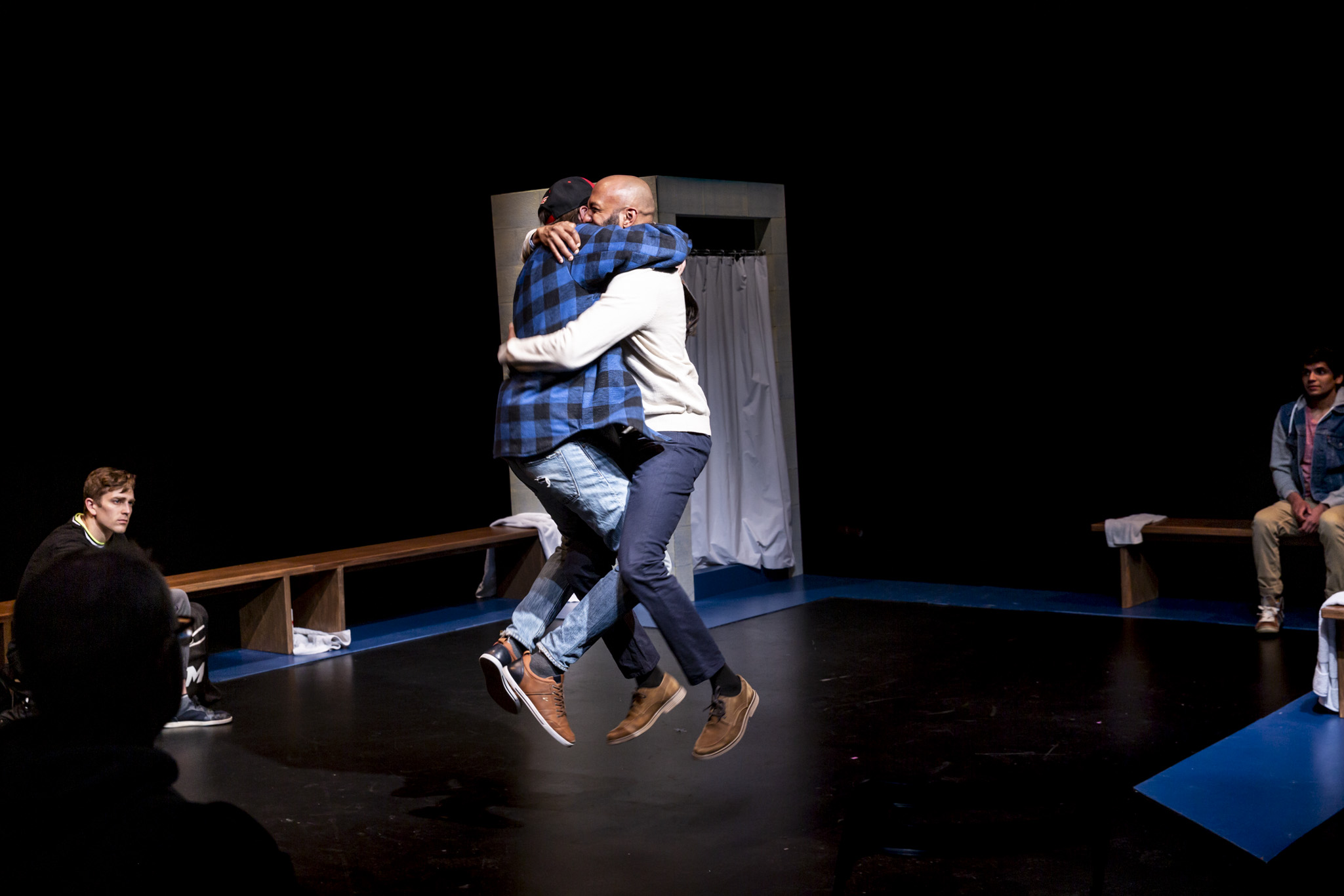 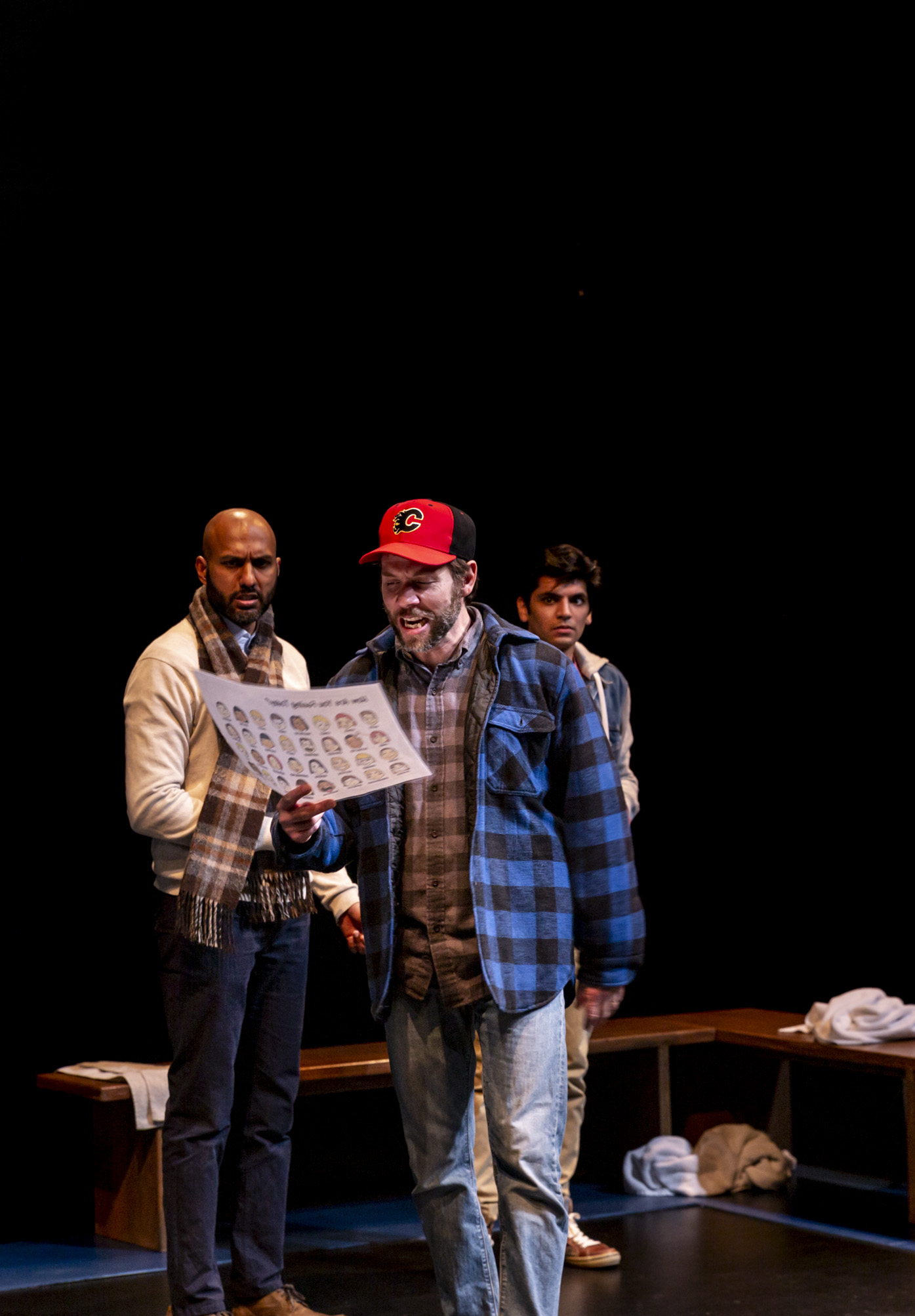